How to Make a Documentary: First Hand Step by Step Guide

The art of making a good documentary film requires experience and knowledge; one just can’t go out and starts shooting randomly. Many people with camera knowledge think they can make a documentary film just because they know how to shoot good videos; this is a terrible mistake one can make. Documentary filmmaking works differently! It starts with an idea, a vision, a subject that is worth watching.

While planning about this all you must consider one thing; you’re making it for an audience, not for yourself just that’s why you need to keep the following things in your mind:

Visual elements, locations, the timing of shoot, environment, subjects for interviews, etc., these all should be crafted in a good manner documented form before your shooting starts.

If you don’t follow these instructions then at the time of production, you’re going to lose grip on your subject, questions, and objectives.

Like a feature film, you have to make a Documentary film’s story worth watching; you just can’t make it interesting without crafting a good storyboard that includes all the aspects of your project.

Once you’ve chosen participants (subjects) for your documentary to shoot, after that you need to build relationship with them, connect with them on the phone or set up a meeting with them to better understand the topic and ground realities.

Write general questions that revolve around your topic/idea that you’re going to cover, issues you need to highlight in your film. Write it down in an interviewing questionnaire order.

Once you’ve to study your subjects well then write questions for them, If you want to narrate the story from them or want their sound bites then you have to make questions in a form that will help you in narrating a story, as in modern documentary filmmaking, mostly subjects being involved in a documentary, narrates the whole story; their life, struggle, emotions etc., rather than self-narration by a documentary filmmaker/director.

Documentary making is different from making a short or feature film as in films things go according to your plan mostly because the whole team follow the instructions of a director of the film, whether it’s a script or acting, but on the other hand in the documentary, you may have a perfect plan to execute, but when you start to execute it you may face difficult challenges, sometimes your subject is not cooperating well or is not giving the desired sound bites, or there are trust issues between you and the people being involved in the documentary as a lead subject.

Note: People will not give you the whole story on the very first day of your shoot; you have to work things out.

While shooting your subject, make feel uncomfortable and will start providing short answers or will fail to give emotions to its words, and with such content, your documentary starts losing its grip. There you need a step back!

You need to follow these steps to make things work well:

Your audience shouldn’t get bored while watching your film; it will be a failure if you drag it too much. Do not shoot extra material just to fill the time duration, rather than that focus more on quality content.

So, let’s talk about it now, we’ve covered most of the things being involved in a documentary, and now it’s time to discuss the production phase. 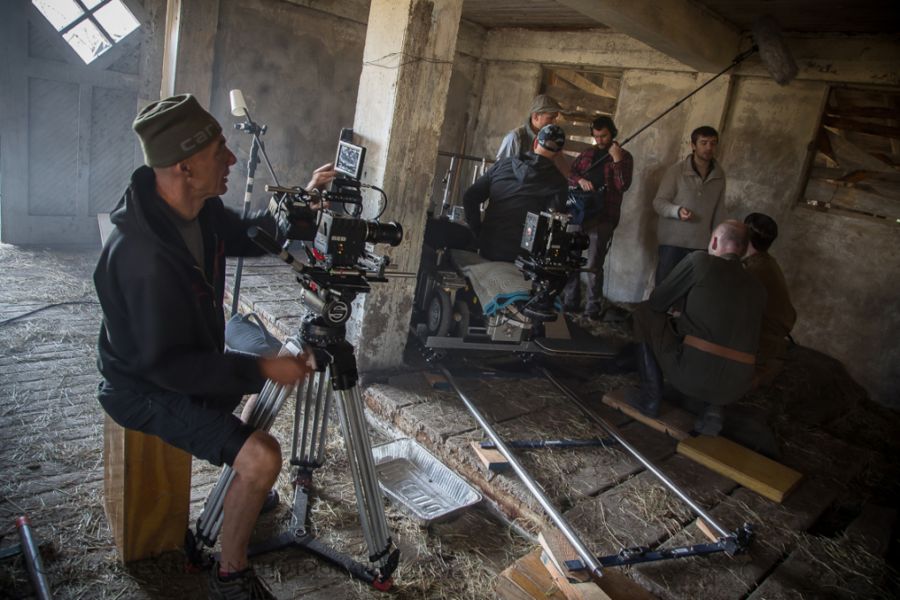 Choosing a good camera for your documentary is also a critical step as one gets much confused. Visual are also an important factor for the film as your audience will be interested in visuals also, if you got a good story to tell but visuals are not supporting it then it will have a bad impact on your overall project.

I will suggest you go for these cameras for a documentary film production:

These are the best ones in the market but if you’re on a budget then go for Canon EOS M50.

It plays a vital role in introducing the atmosphere, the ambience in your documentary film. You got nice footage and everything one wishes for a documentary film, but your film lacks audio content, then how you’re going to fill this gap?

Audio play its function too in delivering a story in the film, there are happy and sad moments in the film that can’t be achieved just through visuals, there you need music help but also natural ambience to overall portray the environment of streets, children voices in the background may be wind noise, or birds chirping in the morning. The overall ambience feel is important to achieve while shooting a documentary film. Just music will not help out as with time your audience will get bored while listening to music again and again!

I will suggest the following audio gear for recording natural sound for your film:

And for interviewing people, you may go with the following audio gear: