Many GoPro users complain about the battery life that whenever they pick their GoPro for use, its battery had been drained from where they’ve left it; it happens because of few reasons.

Here are the procedures you can follow to turn off your GoPro properly and can save its battery life. These steps are super easy to follow, which can help GoPro users to save their device’s battery lifespan.

Turn Off procedure for GoPro HERO7/6/5

You can also turn off your GoPro with saying “GoPro Turn Off” voice command.

Similarly, if you want to turn on GoPro with voice command, you can use this voice command “Go Pro-Turn On.” But you need to enable this setting by going to Preferences > Voice Control> Wake on voice. 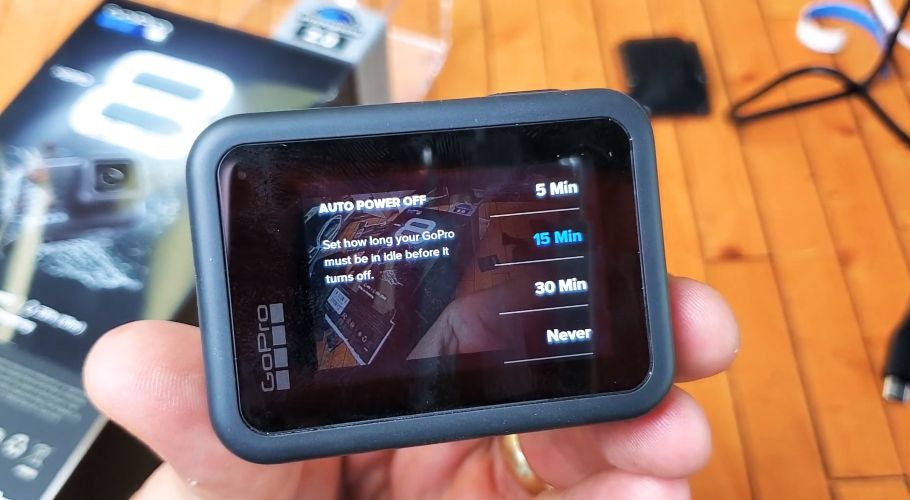 To make your GoPro power off automatically, you need to go to GoPro settings in Preferences> Auto Power OFF> Then You can choose 5min, 15min, 30mins time to automatically turn off your GoPro when you’re not using it.

GoPro Fusion also follows the same settings to turn it off.

But it’s not possible to turn this device off automatically by selecting time duration as GoPro Fusion will automatically turn off after 7min after you stop using it/ when it remains inactive for 7mins.

GoPro Hero 5 works a bit differently; you can’t directly turn it off by voice command or by holding the mode button. Instead, it will automatically power off when your GoPro is not in recording mode or is taking photos. It will turn off itself when not in use by the operator.

It’s a recording feature by GoPro that enables you to turn your GoPro on and starts recording automatically with the press of a single button (shutter/select button). And it will also turn itself off when recording stops.

This feature is disabled by default in GoPro cameras (with the exclusion of the HERO Session / HERO4 Session, and HERO5 Session)